Kat and Edward at Christmas 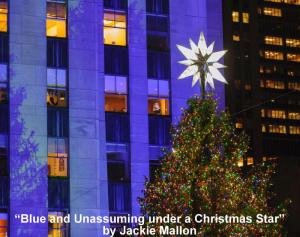 When Silk for the Feed Dog was published in September 2013, I breathed a huge sigh of relief. There was the obvious reason: I was setting it free to be read and hopefully enjoyed––or to be ignored or, God forbid, hated––but at least it was getting an opportunity to go off and make something of itself. The other reason for the relief was that I was free too.

Mercy me, I didn’t have to spend any more time with that Kat and Edward pair!

We’d been living in each other’s pockets for four years. We knew each other’s quirks and foibles, bad habits, and could finish each other’s sentences. We badly needed a break from each other.

Se ya, wouldn’t want to be ya! I didn’t even wave.

I rallied the old brain cells and giddily embarked on a new writing project.

Initially the lightness about me was intoxicating. Everything was new; plot points were being fastened together daily like the Manhattan scaffolding outside my window. It was a heady time, everyone just getting to know each other, one big motley crew of personalities all assembled in my name. Characters were coming to me in droves, introducing themselves and just hanging out, waiting for me to tell them what to do. Can you imagine? I wielded power like a puppeteer. A puppeteer with a hard hat. “You go there, no, I said there.” My curiosity was piqued. I asked constant questions: What’s her story? Would she do that? What would he think of that? How would he respond?

When readers eventually added up and reviews were posted, people began to ask if there would be a sequel. “What happens to Kat and Edward? What do they do next?” they asked with a fondness I still didn’t feel but I humored them. Never you mind that pesky pair; I’ve got something else up my sleeve. Wait till you see who I’ll have you meet next.

But novels are not written as fast as one would like. Or at least not as fast this one would like. I’m still sorting out this new lot of characters; they’re unruly, disobedient, unpredictable. You wouldn’t believe what one of them did yesterday in broad daylight…oh, yeah, that’s another story.

A couple of months ago, my agent had an idea for a compilation of short stories from all her authors to celebrate the anniversary of our publisher Betimes Books. The only brief she gave was that the stories should be set at Christmastime. The collection would be called Gifts; Bittersweet Christmas Stories. I had but one idea; no Plan B. Where were Kat and Edward spending Christmas? They would be having fun, wherever they were, making noise, getting noticed…

I needed to reconnect with them. It had been too long. Anything could have happened to them while I had been fawning all over my new friends.

I made my rapprochement around Halloween. Trick or treat! They opened the door to me in genius Halloween masks but they were gracious and welcoming. What a hoot we had during those first few paragraphs, getting reacquainted, talking over each other, swapping stories, finishing each other’s sentences. What had I been thinking? I could hang out with these guys forever. You were right, readers.

As we await the homecoming of friends and family for the holidays, catch up with Kat and Edward in my short story, Blue and Unassuming Under a Christmas Star. The spirit of Christmas lives!

Read it in PDF format here or download a free PDF copy of GIFTS here!

For a print collector edition, click here or for an e-book edition here