I bet you think I’ve been tripping the light fantastic these past few weeks and that’s why you haven’t heard from me. Well, not exactly. But I have been somewhere exciting, A veritable event I’d call it. It cost me no cab fare nor board and lodgings. There was no membership fee and the scenery was extraordinary. There was no dress code to speak of, although I did make an effort to represent, and no one tries to pick you up just because you’re sitting alone.

And not to make you feel bad but I was honored to be among the most brilliant company. Scintillating.
Can you guess where I was..? 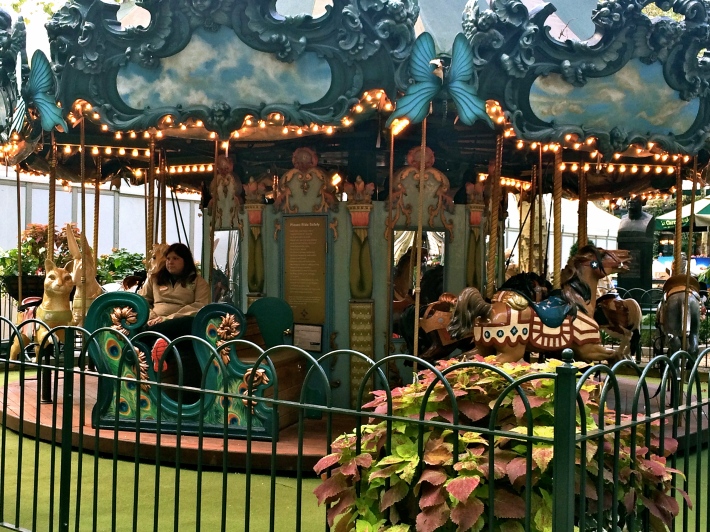 That was a bit of a red herring.

Let’s walk to the end of the block…

Alright, of course! I was in the  New York Public Library on Fifth Avenue. I was sequestered away in their Map Room.

This was one of the pair of bouncers guarding the door. His name is Patience and his partner on the other side of the steps is Fortitude.

Who needs the Met Ball when you have the “Library Ticket”? It’s an event open to all. The VIP guest list, featured everyone from rock stars to actresses to inventors, all seated together at large wooden tables softly lit with green reading lamps, individuals wittier and more charismatic than Beyoncé, Anna Wintour or Kanye (although that wouldn’t be hard). 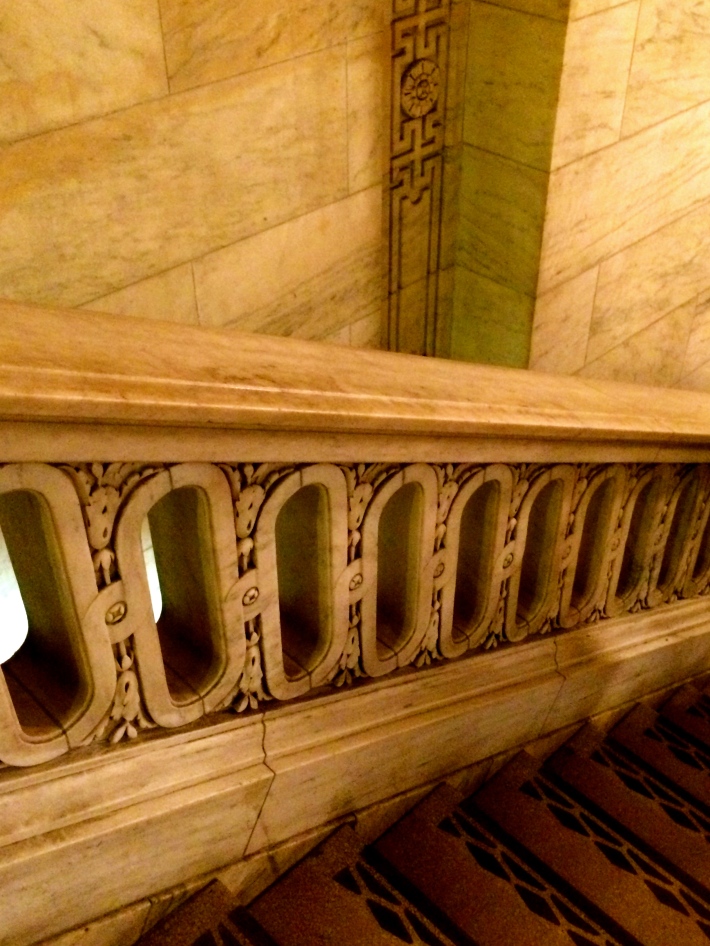 Here are some snippets overheard as I mingled under the marble and murals. I took a few snaps as well.

KATHERINE HEPBURN: “What in the world would we do without our libraries?”

MARK TWAIN: “In a good bookroom you feel in some mysterious way that you are absorbing the wisdom contained in all the books through your skin, without even opening them.”

NATALIE PORTMAN: “I think the New York Public Library is so, so amazing. It’s literally the coolest place – It’s good shelter from the sun and it’s the most beautiful building. It’s really, really fun.”

FRANK ZAPPA: “If you want to get laid, go to college. If you want an education, go to the library.”

VIRGINIA WOOLF: “Anyone who’s worth anything reads just what he likes, as the mood takes him, and with extravagant enthusiasm.” 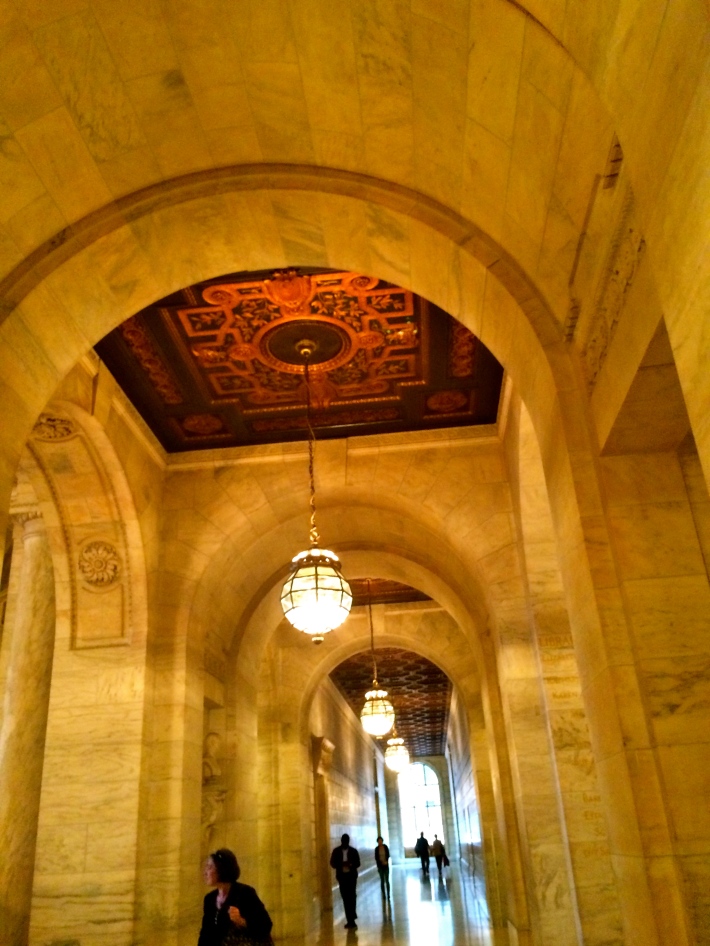 DAVID FOSTER WALLACE: “I read, I study and read. I bet I’ve read everything you’ve read. Don’t think I haven’t. I consume libraries. I wear out spines and ROM drives. I do things like get in a taxi and say, “The library, and step on it.”

VIRGINIA WOOLF: “I ransack public libraries, and find them full of sunk treasure.”

STEPHEN FRY: “Books are no more threatened by Kindle than stairs by elevators.”

DOCTOR WHO: “You want weapons? We’re in a library! Books! The best weapons in the world! This room’s the greatest arsenal we could have – arm yourselves!”

ALBERT EINSTEIN: “The only thing that you absolutely have to know is the location of the library.”

MALCOLM X: “My alma mater was books, a good library.”

CECIL B. DE MILLE: “Now, public libraries are most admirable institutions, but they have one irritating custom. They want their books back.”

ZADIE SMITH: “What a good library offers cannot be easily found elsewhere: an indoor public space in which you do not have to buy anything in order to stay.” 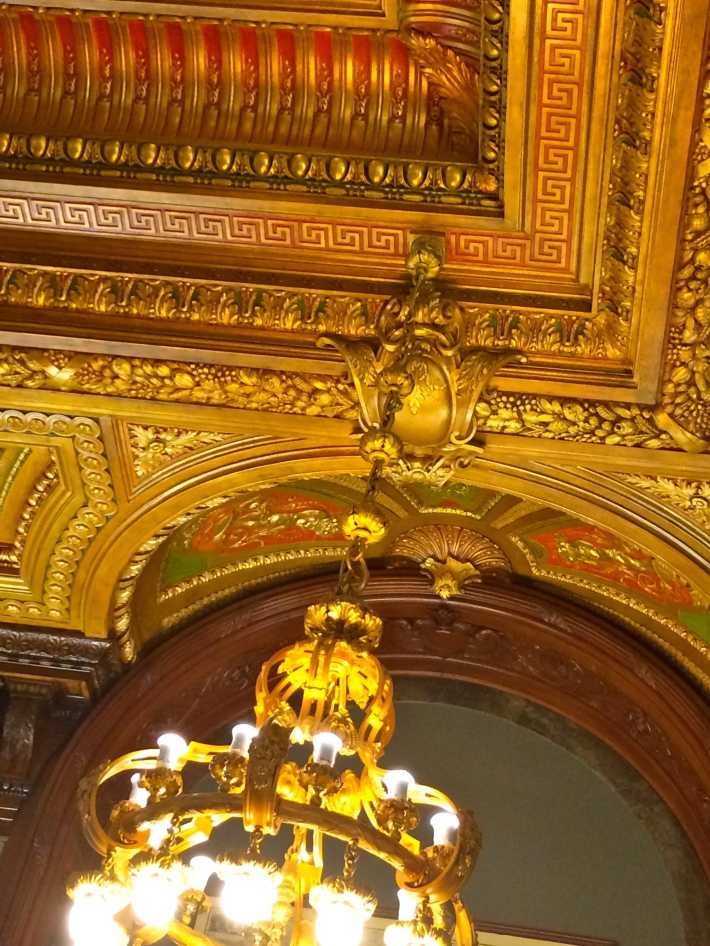 JAMES JOYCE: “Coffined thoughts around me, in mummycases, embalmed in spice of words. Thoth, god of libraries, a birdgod, moonycrowned. And I heard the voice of that Egyptian highpriest. In painted chambers loaded with tilebooks. They are still. Once quick in the brains of men. Still: but an itch of death is in them, to tell me in my ear a maudlin tale, urge me to wreak their will.”

C.S. LEWIS: “I am a product of endless books”

T.S. ELIOT: The very existence of libraries affords the best evidence that we may yet have hope for the future of man.”

SALMAN RUSHDIE: “If knowledge is power, then the public library system gives that power to anyone who wants it.”

ALAIN DE BOTTON: “It’s in walking into a library that most people first get the sense of how little they know.” 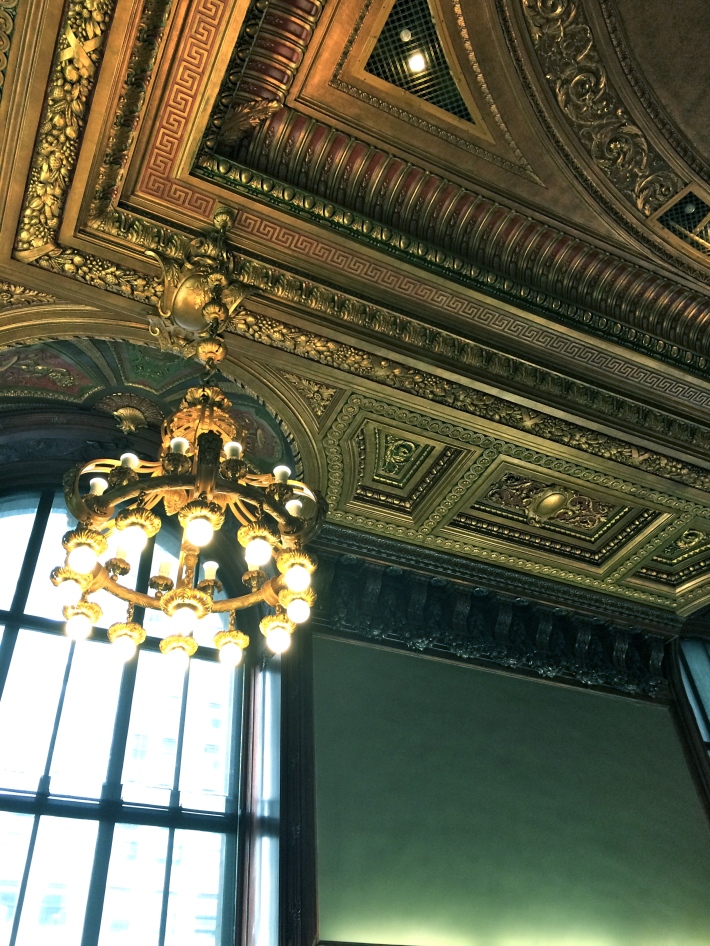 SAUL BELLOW: “People can lose their lives in libraries. They ought to be warned.”
Oop, look who the cat dragged in! Just as the affair was getting into full swing, in they tottered, upping the couture quotient and getting quite raucous on cocktails…

Sex and the City’s ill-fated marriage was set to happen in the library. Instead the would-be bride clobbered the potential groom over the head with her bouquet on the street outside.

TO DELIVER THE PARTING ADDRESS, AGAIN, ZADIE SMITH:  “Defend our libraries. We like libraries. Can we keep our libraries? We need to talk about libraries. Pleading, like children. Is that really where we are?”

My novel Silk for the Feed Dogs is available here. No, well spotted, it’s not a library, the books aren’t free, but they cost less than in the book stores and you don’t have to return them.