Are cafes the new garrets?

Instead of sitting behind a typewriter, the clacking of the keys drowning out the whistling draughts, a tea stained cup standing next to a solitary gas ring on the wooden floor, I sit at a small wooden desk containing a single cup that has been refilled with hot water three times by a tolerant barista. The lukewarm liquid now resembles ditchwater and the tea bag clings miserably to the side like a field mouse washed up on a river bank. 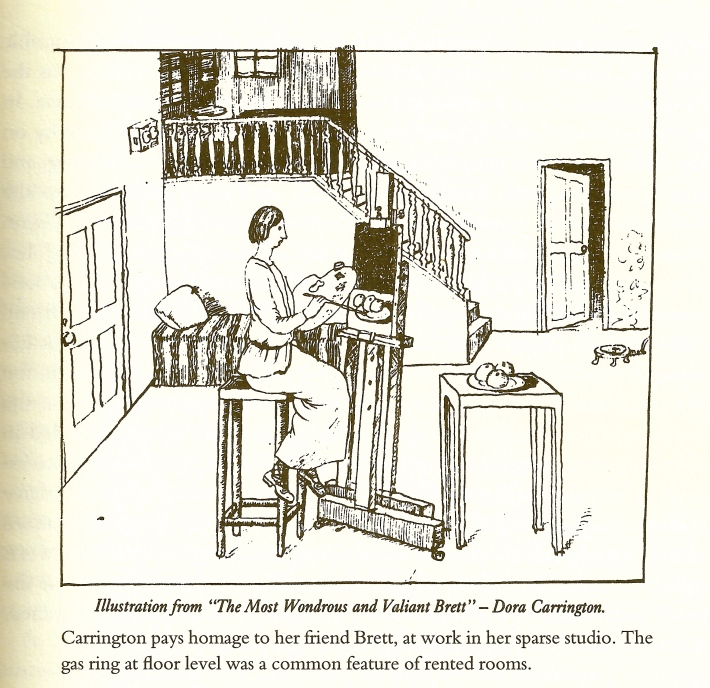 Bohemia: a European land that bred roving adventurers  and gypsy wanderers; Bohemian: an artist or littérateur who rejects convention for  creativity and experimentation.

I move restlessly from writing pillar to writing post within my Lower East Side neighborhood. In need of constant stimulation, but also craving peace and quiet, I want to be among the chattering classes but can you keep the chattering down, please?

Because many true Bohemians chose voluntary poverty but that’s not the NYC way, I like to think of my area as  a modern Haute Bohème, New York City’s Left Bank, an English-speaking Montparnasse but with more bodegas and higher rent. Instead of looking like this: 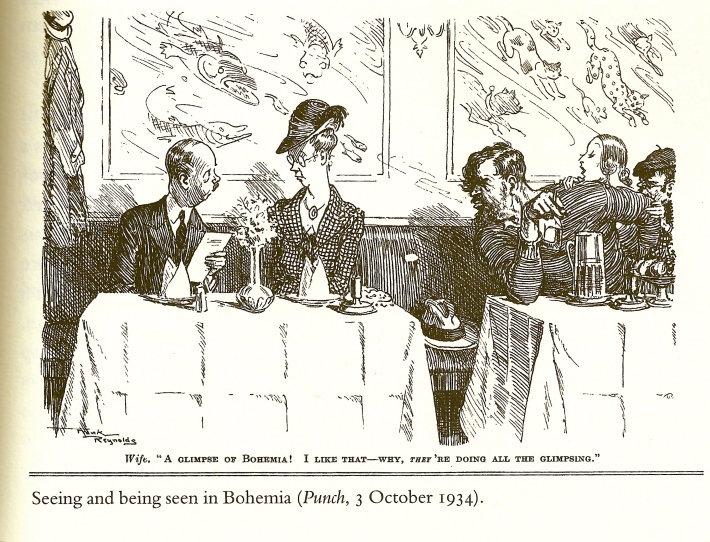 Mac lids are angled like little easels, the glowing white apple illuminating faces once lit up by the green fairy. These bohemians may not all be working on the great novel, some may be designing websites, others following the stock market between secure employment gigs, or blogging about world beers, or photoshopping last night’s selfless, or tweaking resumes. They congregate in an effort to be both social yet solitary, to hang out but lie low, to see and be semi-seen. 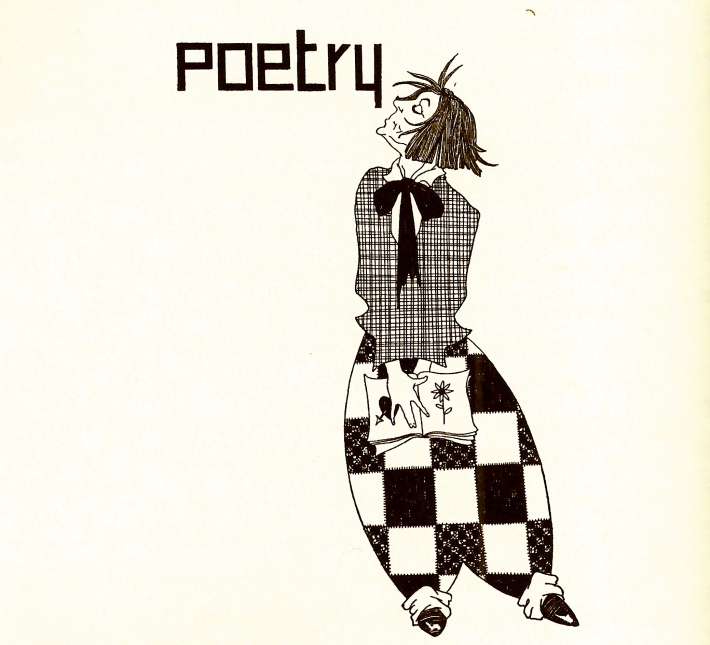 All who enter seek two things: caffeine and that lightbulb moment

Sometimes conversations are struck up when a neighbor pops his earbuds out and leans in conspiratorially: “Would you keep an eye on my stuff while I go to the restroom?” Discreetly the Mac lid is lowered concealing the work being carried out as efficiently as throwing a sheet over a portrait. This sparkling opening gambit can often lead to an exchange of ideas, contact details passed, perhaps a coffee date arranged for another day, an invitation to listen to live music, maybe even an introduction to an important friend.

Us true romantics might even aspire to conjure out of the caffeine something resembling one of those notorious cafe friendships of old, when F Scott and Zelda Fitzgerald, Ernest Hemingway, Ezra Pound, Alasteir Crowley, Sylvia Beach, James Joyce, Ford Maddox Ford and Gertrude Stein all huddled around two tiny tables, forming a gregarious, smoking, sulking, slurring creative assembly in its prime. If so, we really must loose the Dr Dres and let our ears flap; think about replacing the Stumptown with the absinthe. 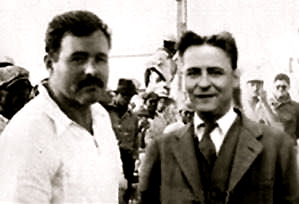 My husband and I strike this bargain with each other all the time. True love involves commitment…

If bursting with a sense of accomplishment after a particularly productive day, when the words seemed to flow like the piss over the cobbled rue outside, feel free to do this:

I’ll be moving from this area soon. To a more respectable, gentrified quarter. (Although this one is already heading that way too.) On Sunday mornings I’ll see less twenty-five year olds doing walks of shame puffing on their first cigarettes of the day and concealing last night’s sequins under an army coat, and more forty-five year olds walking their dogs and slugging on Kambucha, wearing Canada Goose puffa jackets over tight gym clothes.

I hope I’ll be able to leave my 20s behind without a struggle–even though they left me for dust years ago!

I hope I will be able to carry seven years of Lower East Side living with me, and to think of it as Hemingway thought of his Paris: A Moveable Feast.

(Illustrations in this post from Among The Bohemians; Experiments in Living 1900-1939 by Virginia Nicholson)

My debut novel, which follows a group of creative expats through the bars, cafes and fashion houses of Milan, is available. You can buy Silk for the Feed Dogs here