The lionesses that stalk Milan’s streets, and secretly terrorize Kat, will not be short of wardrobe choice for Spring/Summer 2014. We have not even seen Dolce & Gabbana or Versace yet but their low growl that threatens to become a roar has been reverberating across the catwalks.

But first things first, what is a Lioness? It is not a cougar. This has nothing to do with an attraction to younger men.

Lioness is a name that Kat coins fairly shortly after arriving in Milan to describe a certain kind of woman she keeps seeing in the streets that looks like this: 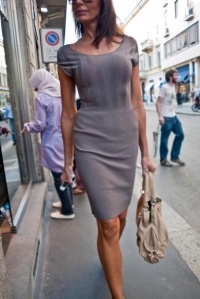 This woman has way of being, a presence, an allure, and a threat of danger that petrifies Kat. Standing near one of them makes her heart race, makes her aware of her inferiority, makes her afraid of attack. 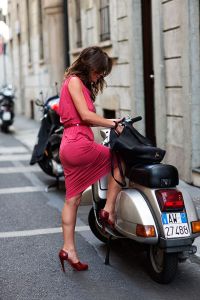 Lionesses don’t say much but when they do their tone of voice errs towards the masculine. They expel a lot of breath with each word. They look with a steady eye, can see in the dark in sunglasses–can see better in the dark actually. Their daywear flirts with evening. All their clothing choices give a nod to what can happen after dark. They direct the flow of traffic through a room just by passing through it. Men’s body hair stands on end and they are compelled to follow; women shrink into corners and avert their gaze. 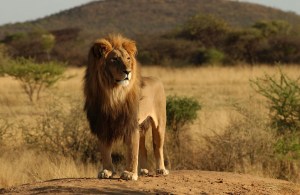 They are known for their decisive stance, steady gaze, direct approach. 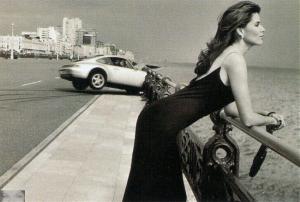 Men follow the Lioness wherever she leads them; women shrink from view.

They have broad straight shoulders to support mighty chests that protrude before them. These chests do not tremble or jiggle like those of lesser mammals; they are solid and unassailable.

Transparency is part of their hunting appearance; camouflage is not. They do not skulk or blend in. They never pass unnoticed and are not known for sneaking up on other creatures. They favor shiny fabrics and like their powerful flanks to be sheathed in something dazzling that will reflect the sun as they stalk past. 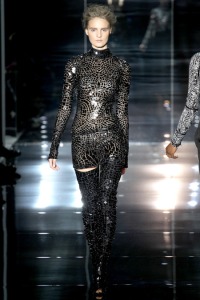 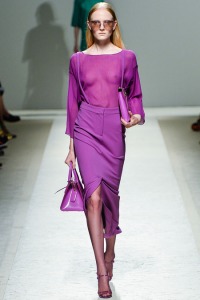 They are bold and strike in daylight. They dress in large-scale colorful patterns or solid colours. Graphic patterns that wrap their torso emphasizing the tightly packed muscle and sinew are particularly widespread among Lionesses. Flame like prints give them the appearance of conquering fire. Black is their only concession to stealth. They are drawn to its sleek cloak. 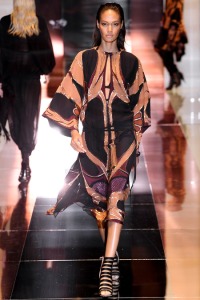 Lionesses favour bold pattern that contours and dances on their bodies like flames. Gucci.

They are drawn to leather and, in a world where only the strongest survive, enjoy the sensation of skin on skin. Lace up details are a feature, especially if the lacing looks like it might mark the skin. But Houdini-like they can escape those binds and if they come across a sexual partner they deem their equal, they can have him pinned down and tied up with those same lassos in a matter of seconds. 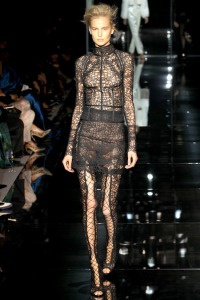 There are no loose cuts in their wardrobe, no volume. Very little wastage of fabric. The most luxurious fibres streamline their torso and limbs in the most efficient manner.

Yes, Kat is petrified of these women. And then she moves in with one…

You can buy Silk for the Feed Dogs here.